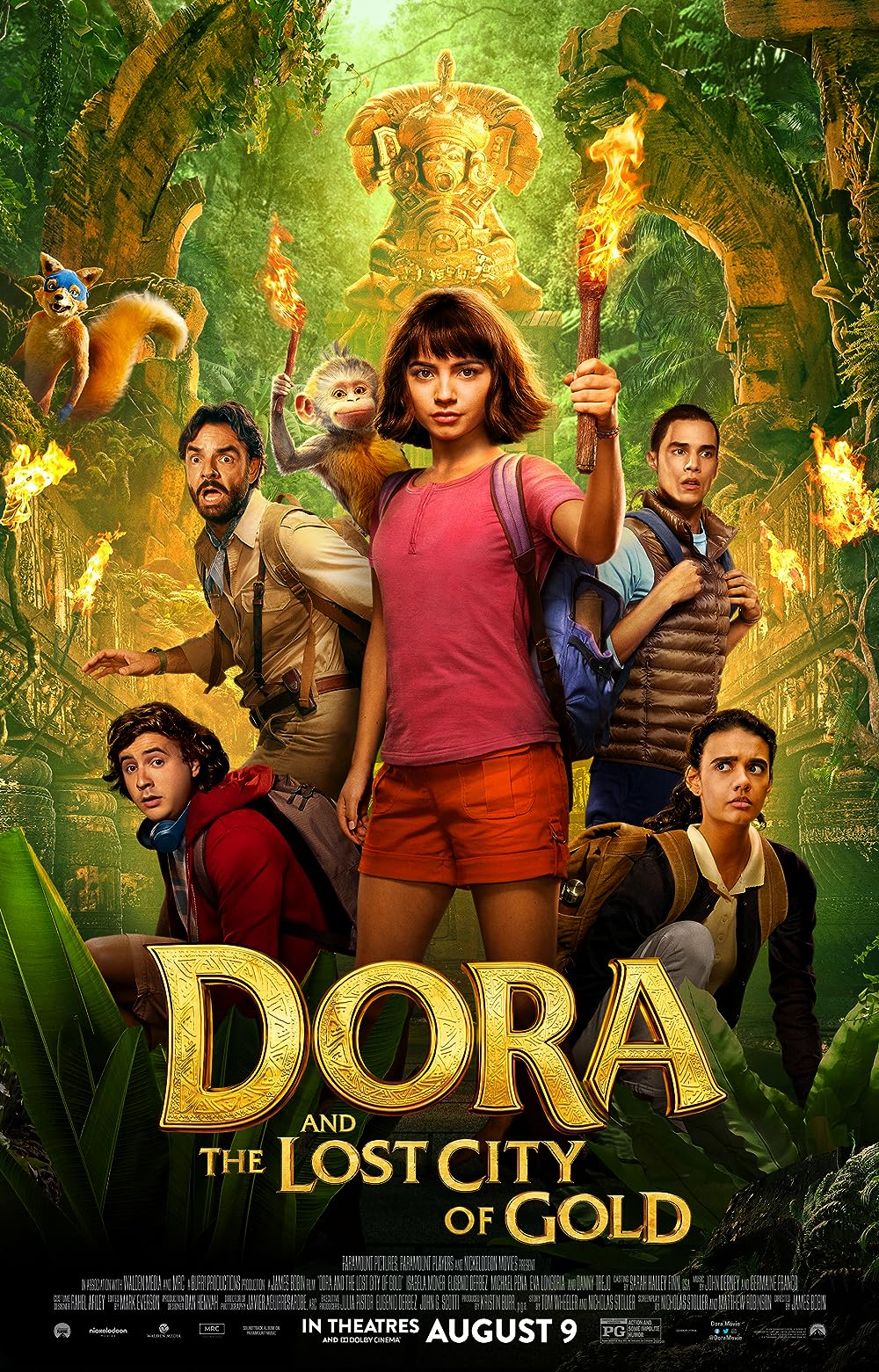 Well, I had a vague idea about whom Dora the Explorer was from a few glances on the TV when my son have been flipping through the children shows. So I sat down to watch this 2019 live action rendering of Dora the Explorer with my 9 year old son.

Turns out that the movie was actually better than I had expected to be. I had expected this to be a children’s movie, but it is actually a family movie, because there is something even for parents and adults to enjoy in the movie. So whatever beforehand assumptions I had about what I was in for was definitely put to rest at the hands of director James Bobin.

Think about this as being sort of a light-hearted Indiana Jones adventure for the children and the family, and just take out the Nazis from the equation. Actually, the storyline in “Dora and the Lost City of Gold” was actually rather enjoyable, and the story was captivating and the good pacing of the story made it a very entertaining movie to sit through.

They had a good ensemble of actors and actresses to portray the various roles, and Isabela Moner, playing Dora, really carried the movie quite well. It was sort of fun to realize that it was Benicio Del Toro whom voiced Swiper and Danny Trejo that voiced Boots. And they also had the likes of Michael Peña and Temuera Morrison in the movie as well.

I was more than genuinely entertained and surprised with this movie, and it was definitely well worth sitting down with my son to watch. My rating of the 2019 “Dora and the Lost City of Gold” movie is a six out of ten stars.

Previous 10 Best and Tasty Day Trips from Florence, Italy
Next The ‘weird journey’ to make Everything Everywhere All at Once