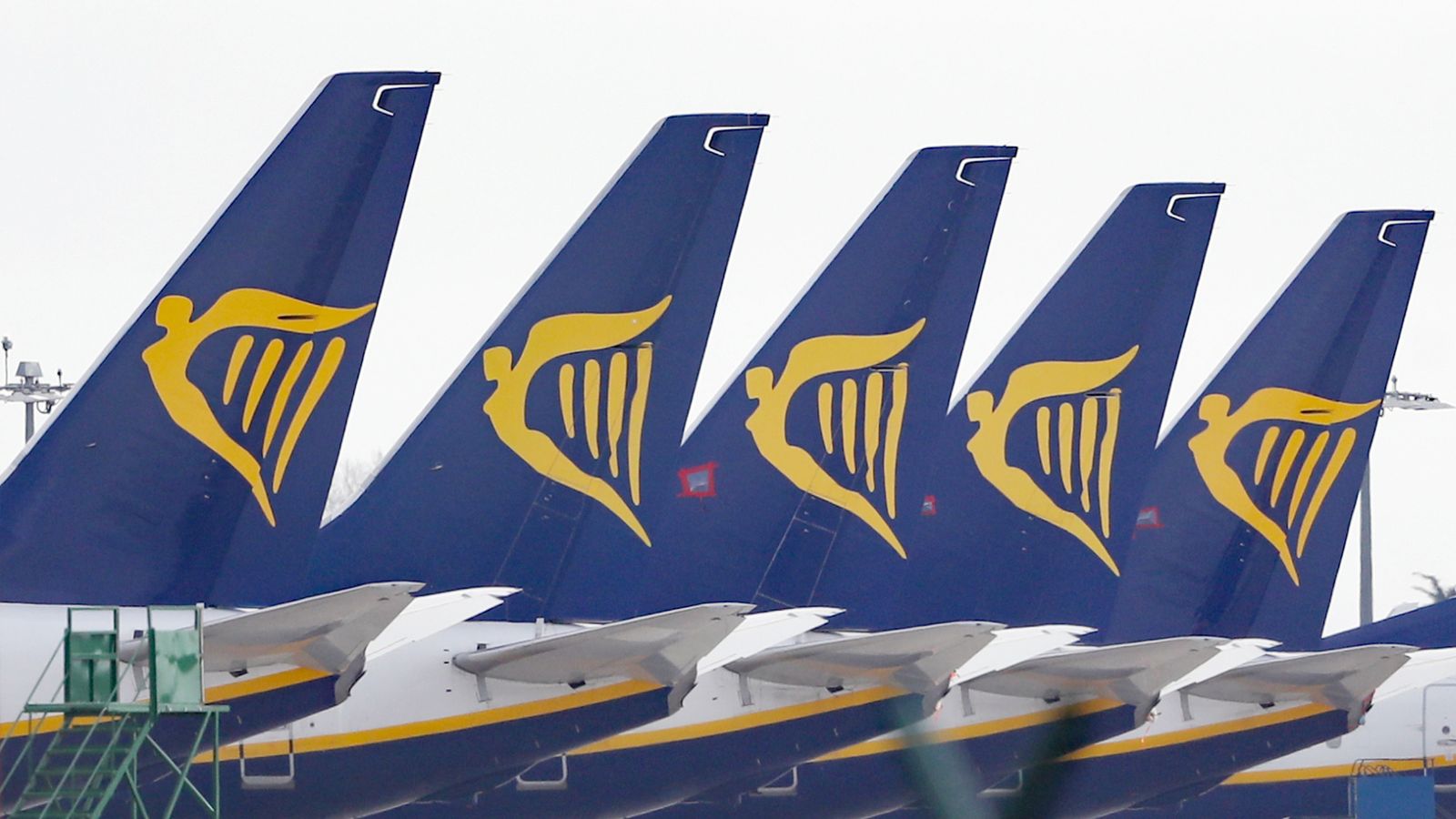 Ryanair has hit out at the UK and Irish governments for their handling of coronavirus vaccine roll-outs while slashing flights and its passenger forecasts.

The no-frills carrier said it was to “significantly cut” services from Thursday 21st January which would result in “few, if any, flights being operated to/from Ireland or the UK from the end of Jan”.

The company blamed renewed COVID-19 lockdowns for the decision and said its cutbacks would remain in place until “such time as these draconian travel restrictions are removed”.

Rival Wizz Air later confirmed it would also be scaling back services.

Ryanair’s statement added: “All customers affected by these further flight cancellations and further travel restrictions will receive emails advising them of their entitlements of free moves and/or refunds later today.”

Ryanair, which has received stinging criticism from consumer groups for its handling of refunds during the crisis to date, called on the Irish and UK governments to accelerate, what it called, the “slow pace” of vaccine provision to help unlock COVID’s grip on the travel industry.

A Sky News job tracker has shown aviation among the worst hit by the pandemic.

Ryanair was particularly critical of the Dublin government’s performance on the vaccine roll-out, describing its restrictions as the most “stringent” in Europe.

The company said of the cancellations: “These new cutbacks will reduce full year (FY March ’21) traffic forecast from currently ‘below 35 million’ to between 26 million to 30 million passengers.

“Ryanair does not expect these flight cuts and further traffic reductions will materially affect its net loss for the year to 31 March 2021 since many of these flights would have been loss making.”

The imposition of lockdowns in England and Scotland this week prompted holiday firms, including TUI UK, to cancel breaks abroad leaving those shores until mid-February.

Rival airlines including British Airways and easyJet are also reviewing their flight schedules.

Wizz said it expected capacity in January to be at 25% of normal services – down from 35% flown in December.